Martin Custom Homes was very proud to help the CNS Gillette Road Middle School by helping design and then construct the sets used in their production of the Broadway smash hit musical, “Newsies”.  This is the first year since it’s debut on Broadway that Disney released the play for use in school productions!  Our friends at 84 Lumber Company generously donated most of the materials that we used building the elaborate rolling set required for the play.     Two of our Production Managers, Rich Landers and Mike Bachar were instrumental in making this happen, with assists from Andrew Martin and Dave Martin.  Addison Martin, Andrew’s daughter and a member of the cast, was also a big help during construction.

It was a pleasure to work with the many dedicated volunteers, faculty, students, parents and guardians who made it all come together.  Dominic Liccione, the faculty director of the show, works countless hours on the show, is amazing with the kids, and truly does this from the heart.   Karl Hughes, Jr. and Karl Hughes, III initially provided the idea of what the set could be.  Karl Hughes, III, also does the lighting and video projection work for this show, as he has in many shows over the past several years.  Karl’s kids have been out of the middle school for several years, but he continues to volunteer his time!

Thank you for Gillette Road Middle School cast, crew, faculty and volunteers for another entertaining and memorable production! 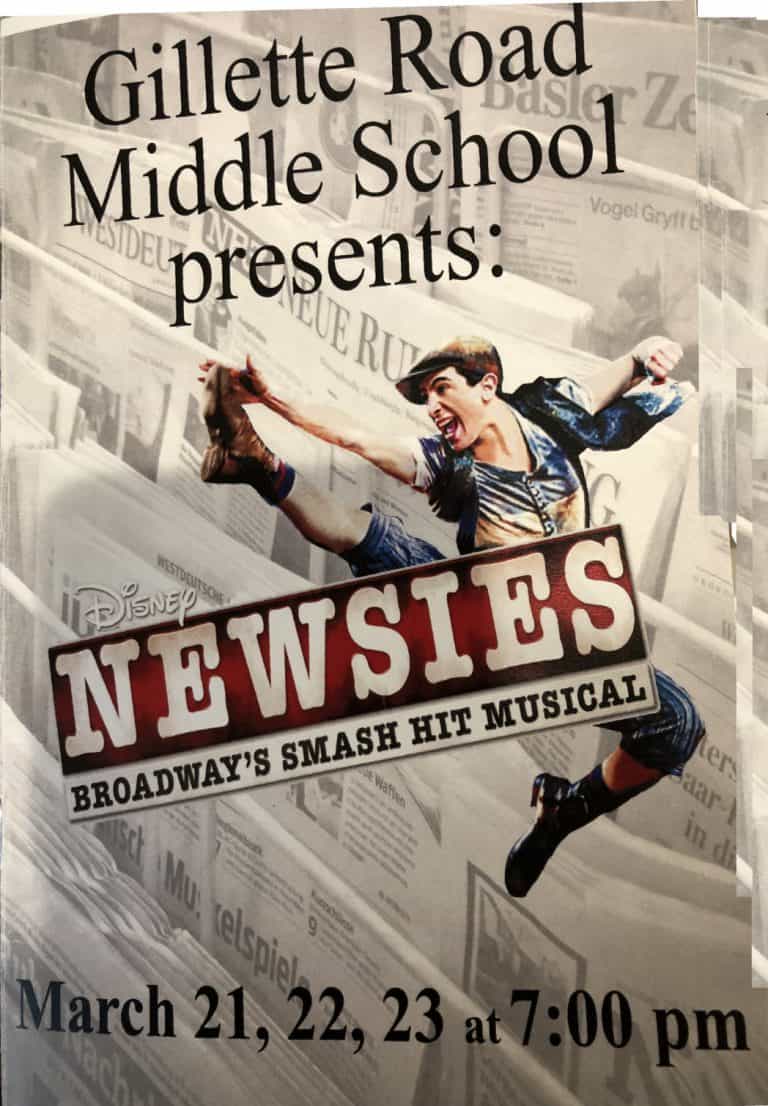 Click below to view a few short video excerps from the Gillette Road Middle School play.  These are not professional clips, just a taste of the talent, and effort of all invoved, while showing off some of the set of,  “Newsies”!

Brooklyn’s on the Way!

Once and for All

We’ll be Out There